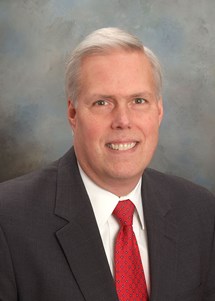 It is with sadness and regret that I share the passing of a friend, a mentor, and our beloved leader - Bruce Higley.

Bruce joined The Albert M. Higley Co. in 1984 having started his career with a large Pacific Northwest construction firm. In 2008, having served in several leadership roles, he was elected Chairman; following in the footsteps of his father, and grandfather.

Bruce built on the legacy passed on by his father to continue the growth and success of The Albert M. Higley Co. While the company continues to evolve with societal, cultural and industry changes, the organization he leaves behind maintains the exact values that it was founded on by Bruce’s grandfather in 1925. Under Bruce’s guidance and leadership, we are stronger than ever and have a foundation that ensures success for generations to come.

Bruce is remembered as the consummate professional. A kind, compassionate and empathetic leader who exhibited humility, humor, and conviction in everything he did for the company and the community.

While he is sorely missed, his legacy and memory live on. He leaves a company and community that is better because of him.